The Bintry Mill Trout Fishery was founded in April 1986 by local members of the (then) Salmon & Trout Association to provide trout fishing for members at a reasonable cost. The Wensum downstream from Bintry Mill had been fished for many years by the mill owner and friends and guests. The Fishery started with two beats, the Bintry Mill Beat and the Yarrow Farm Beat. The season was from 1 May until the end of September. The BMTF has been run independently from the S & TA for many years. The Fishery has been extended twice. The first time was with the addition of the County School Beat, which continues down stream from the end of the Yarrow Farm Beat, and more recently the fishing (one bank only) through Vicarage Farm which has been named Goff’s after the farm’s owner Michael Goff. This means that the BMTF manages the river and its fishing between Bintry Mill and just upstream from North Elmham mill. 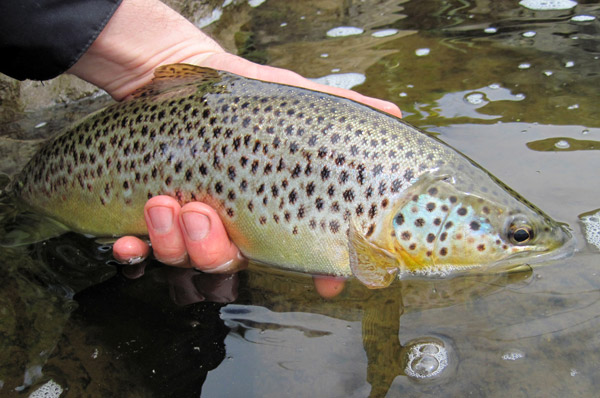 Compared to the more classic Southern chalk rivers, the Wensum is more susceptible to increases in water level due to run-off after heavy rain and has much less Ranunculus weed. The quality of the river and its fishing varies as you go downstream from Bintry Mill. Here there is the greatest gradient and thus faster flowing water although there are some deep pools on the both the Bintry Mill and Yarrow Farm beats. The County School Beat produces fish mostly in May and June. It is a good place for beginners to start as inaccurate and splashy casts are unlikely to spook many fish. Members are still learning the best times and places to fish Goff’s where the river is mostly slow and can run quite deep.

The BMTF is run by a small but active committee consisting of a chairman, secretary, treasurer, river manager and two committee members. Committee meeting are held only as and when necessary. The AGM is held at the end of the season, usually on a Sunday morning in November.

Over the years the club has worked hard to improve the in-river habitat to encourage an increase in the population of native brown trout. Small-scale works are carried out by club members while major projects have been implemented by the Environment Agency. Fish of up to 5 1/2lbs have been caught. Supplemental stocking of triploid brown trout is carried out three or four times a season. There are no rainbow trout or grayling in the river. (Parts of the Wensum were stocked with grayling many years ago.)

There are no footpaths or public rights of way on the river banks which means that the only people likely to be seen will be the occasional fellow fisherman. The fishing is a mix of double bank and single bank. Much of the riverside meadows are a wildlife haven. Wildlife to be seen includes kingfishers, barn owls, buzzards, sometimes a marsh harrier or a migrating osprey. As well as trout in the river there are native crayfish, bullheads, lamprey and stone loach.

Fishing is dry fly and upstream nymphs only. The season runs from 1 April to 29 October.